Genshin Impact is preparing to release a 1.6 update that will take players to a new region, Inazuma. On this Japanese-style island, players will meet many new element warriors who are no less good than monstadt knights or Liyue rulers.

Just waiting for the time of the characters anyar Inazuma can be a collection player from the system Wish. Previously, in the first trailer of Genshin Impact version 1.6, players had seen the presence of Kazuha, a samurai with Pyro elements who appeared very strong. As it turns out, not only him, there are still three new characters that players can collect, namely Sayu, Ayaka, and Yoimiya.

Yoimiya and Ayaka are two samurai girls who are not inferior to Kazuha. Previously, players who had played in the beta version also certainly met with Kamisato Ayaka as one of the characters featured before the game was released. Meanwhile, Yoimiya is a reliable archer for long-distance affairs, especially his Pyro elements can appear very strong and make him a mainstay archer in your team.

Well, the uniqueness of Sayu’s character may make your heart melt. With his small body, Sayu is a ninja who is no less agile with other characters with large bodies. Sayu is a character with the fifth Anemo element introduced in the game.

With these four new characters, it seems that you will have a lot of options to create a new team in the mission of mastering Inazuma. Known as the powerful Archon Electro region, Inazuma became a no man’s land after the Shogun abandoned his tradition to lose his power. 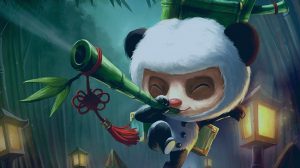